The Winnipeg River-Cat Lake Pegmatite Field in SE Manitoba is host to numerous pegmatite deposits and contains the world-class Tanco Pegmatite. The Tanco pegmatite has been mined since 1969 in varying capacities for spodumene (Li rich mineral), Tantalum and Cesium. The pegmatite field contains at least 10 pegmatite groups and hosts hundreds of pegmatite bodies. Many of the pegmatites are lithium bearing.

The Tanco Mine, which was owned by the Cabot Corporation, was recently sold to Sinomine Rare Metals Resources Co. Ltd. (Sinomine) at a purchase price of $130 million ($US). Sinomine is a joint stock public company based in China, principally engaged in the provision of geological exploration, mining investment and base metal chemical manufacturing. This transaction certainly adds new interest in the region as to the potential of the pegmatite field and lithium and/or rare element potential in the area. This sale should advance the Lithium production potential of the area as Lithium Ore feed may be required in the event that Sinomine commences lithium production.

The Lithium Two Project is located approximately 20 kilometres north of the Tanco Mine and is an active area for Lithium exploration. Several companies are active in the immediate region, exploring for Lithium.

Surface exploration was carried out on the Lithium Two Project during the summer of 2018 (see News Release October 30th, 2018). The exploration work was designed to examine the known surface pegmatites to aid in the determination of drill targets. The field program also focussed on more detailed structural geological mapping and mapping of the westward extent of the Eagle Pegmatite. The Lithium Two Project has several historically known Spodumene bearing pegmatites (see Figure 2). 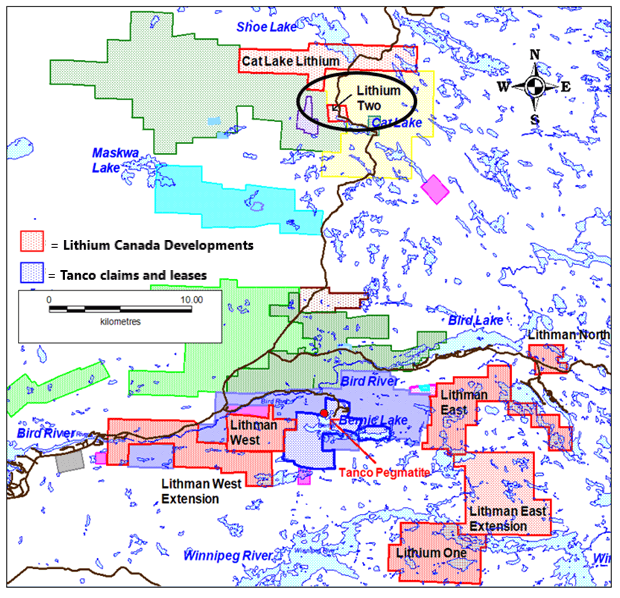 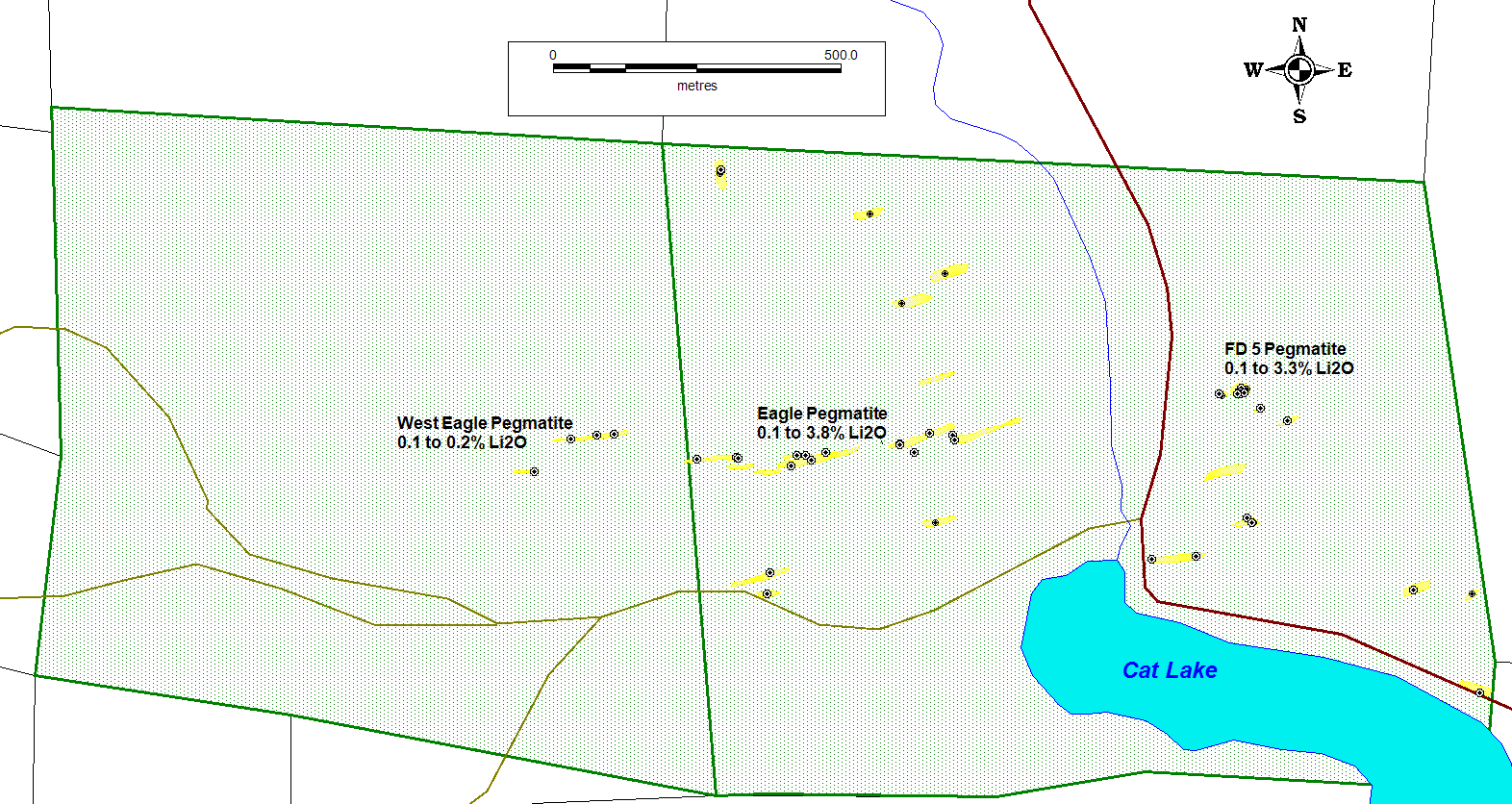 A drill program of 1,500 metres is planned to test three spodumene bearing pegmatite targets. A drill permit has recently been issued by the Manitoba government.

Recently, NAM engaged White Spruce Archaeology as part of its Exploration Agreement with the Sagkeeng First Nation to conduct an archaeological assessment on the proposed drill sites for Lithium One as part of the drill permitting process. The assessment was completed in October and the report is pending. A 1,500 metre drill program is planned to test targets on the Silverleaf pegmatite (News Release Sept 27, 1018) situated in the Lithium One project area.

JV partner Azincourt Energy (AAZ) and NAM are in discussions regarding AAZ’s compliance for its contractual obligations as part of the option agreement with NAM.  NAM and AAZ are in continuing talks regarding a revision to the existing option agreement or termination.

If you have not done so already, we encourage you to sign up on our website (www.newagemetals.com) to receive our updated news.

NAM’s flagship project is its 100% owned River Valley PGM Project (NAM Website – River Valley Project) in the Sudbury Mining District of Northern Ontario (100 km east of Sudbury, Ontario). Recently the company announced the results of the first PEA (see News Release – June 27th, 2019) completed on the River Valley Project. The PEA has been developed by various independent consultants – P&E Mining Consultants Inc. (P&E) was responsible for the open pit mining, surface infrastructure, tailings facility, and project economics; DRA Americas Inc. (“DRA”) was responsible for all metallurgical test work and processing aspects of the Project; and WSP Canada Inc. (“WSP”) was responsible for the Mineral Resource Estimate. The PEA is a preliminary report but it has demonstrated that there are positive economics for a large-scale mining open pit operation, with 14 years of Palladium and Platinum production.

The Genesis project is a PGM-Cu-Ni property located in the northeastern Chugach Mountains, 75 paved road miles north of the all-season port city of Valdez, Alaska. The project is within 3 km of the all-season paved Richardson Highway and a high capacity electric power line. The project is covered by 4,144 hectares of State of Alaska mining claims owned 100% by New Age Metals. Past exploration has revealed the presence of chromite-associated platinum and palladium mineralization and stratabound Ni-Cu-PGM mineralization within magmatic layers of the Tonsina Ultramafic Complex. Pyrrhotite, pentlandite, and chalcopyrite occur in disseminations and net textured segregations associated with platinum and palladium sulfides. There has been limited exploration over the Genesis project and there has been no past exploration drilling on the project. NAM management is actively seeking an option/joint-venture partner for this road accessible PGM and Multiple Element Project.

The contents contained herein that relate to exploration results or geological aspects is based on information compiled, reviewed or prepared by Carey Galeschuk, P. Geo., a consulting geoscientist for New Age Metals.  Mr. Galeschuk is the Qualified Person as defined by National Instrument 43-101 and has reviewed and approved the technical content of this news release.