The last year has seen a fundamental shift in sentiment towards clean energy and this post will discuss a critical material that will be used to electrify both transport and energy storage around the globe. Demand for lithium has skyrocketed. Technical and battery-grade lithium carbonate prices were up 188.9% and 215%, respectively in 2021. Most countries have begun to draw a road map to phase out fossil fuel vehicles and switch to zero emission cars like battery electric vehicles and fuel cell electric vehicles (FCEV). While FCEVs will be powered by green hydrogen, which would require lots of platinum in hydrogen proton exchange membrane fuel cells, battery powered EVs will continue to use lithium based battery cells. It is forecasted that demand will continue to rise as automanufacturers around the globe continue to roll out more EV models. The challenge will be in supplying the market with enough lithium. Australia and Chile are the top exporters of lithium with Afghanistan also said to have an enormous reserve of lithium. However, North American based OEMs would perhaps prefer a localized source of this mineral and it is unlikely that the current Afghan regime is organized enough to supply global markets with lithium.

American President Joe Biden has been in talks with Canadian Prime Minister Justin Trudeau on strategic cooperation for EV supply chains. China dominates the lithium-ion battery supply chain, which may become an issue in the future as EV penetration continues to grow in international auto-markets. Capitalizing on Canada’s access to the minerals and metals needed to make battery EVs is something experts in the renewable energy industry have long said needs to happen. The simple fact of the matter is that major auto manufacturers have expressed plans to switch their production to an all-EV line by 2035. Ford has North America’s largest public charging network, with more than 63,000 charging plugs and growing. They plan to invest $30 billion through 2025 into their EV efforts.

It is clear that governments are pushing vehicle manufacturers to focus on EVs, FCEVs and hybrid vehicles in efforts of mitigating climate change. Figures 1 illustrates the projected rise in global EV sales to 2025. It is estimated that a standard model EV’s battery cathode requires 17.6 pounds of lithium and therefore the underlying demand for lithium is expected to behave proportionately to these projected EV sales figures. Figure 2  illustrates the  projected gradual increase in the supply side deficit to 2030. So, how will the market correct this supply deficit? A total of 345,000 tonnes of processed lithium were produced in 2020, dominated by resources from the South American lithium triangle and Australia. Lithium production must quadruple between 2020 and 2030 to meet growing demand, from 345,000 tonnes in 2020 to 2 million tonnes in 2030. This will require new lithium production to come online to meet that demand. While major producers of lithium are always doing their best efforts to replenish their own reserves, an opportunity exists for junior miners/explorers to do what they do best, and that is discovering new economically feasible sources of these critical materials. Where might this new supply come from? 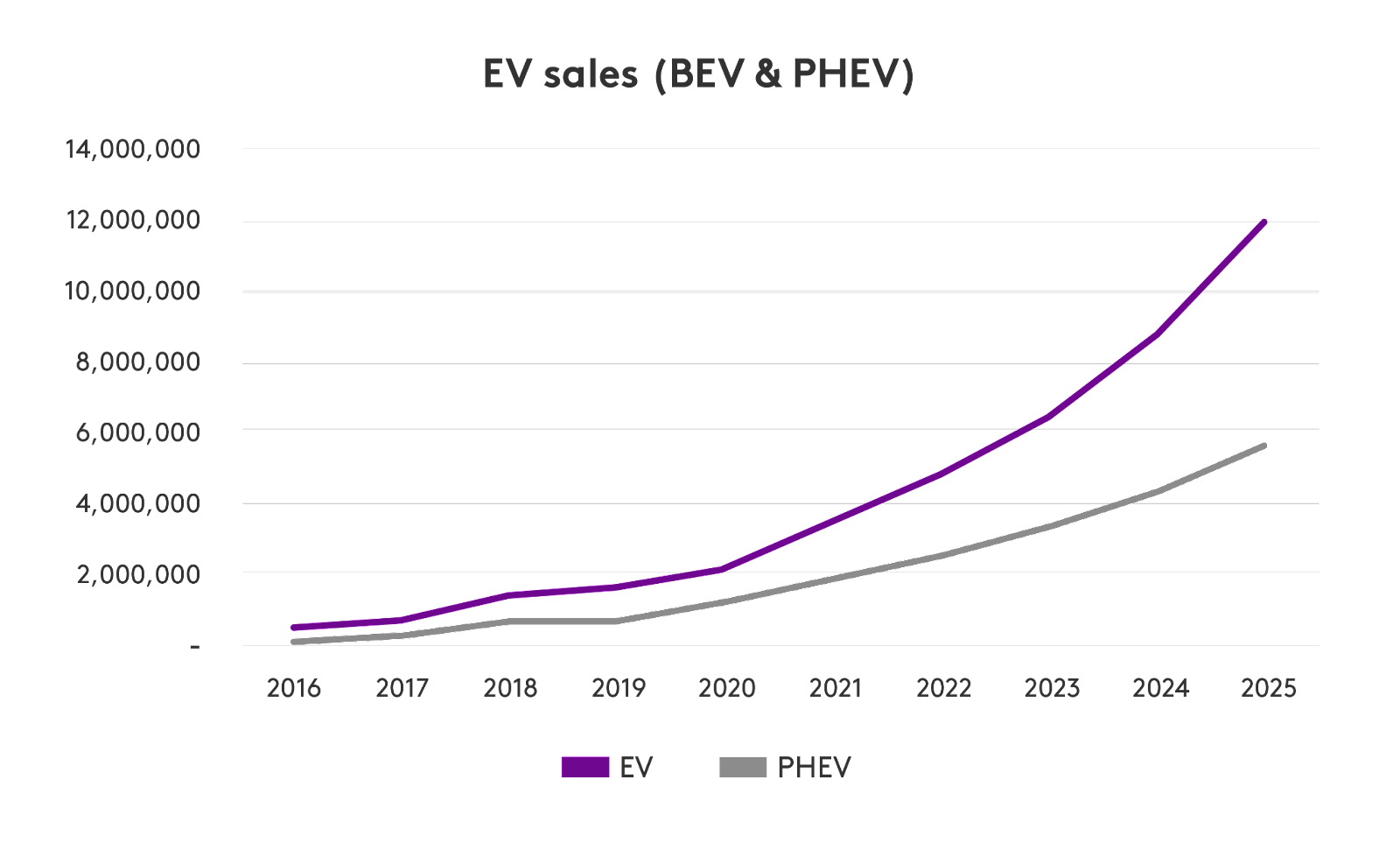 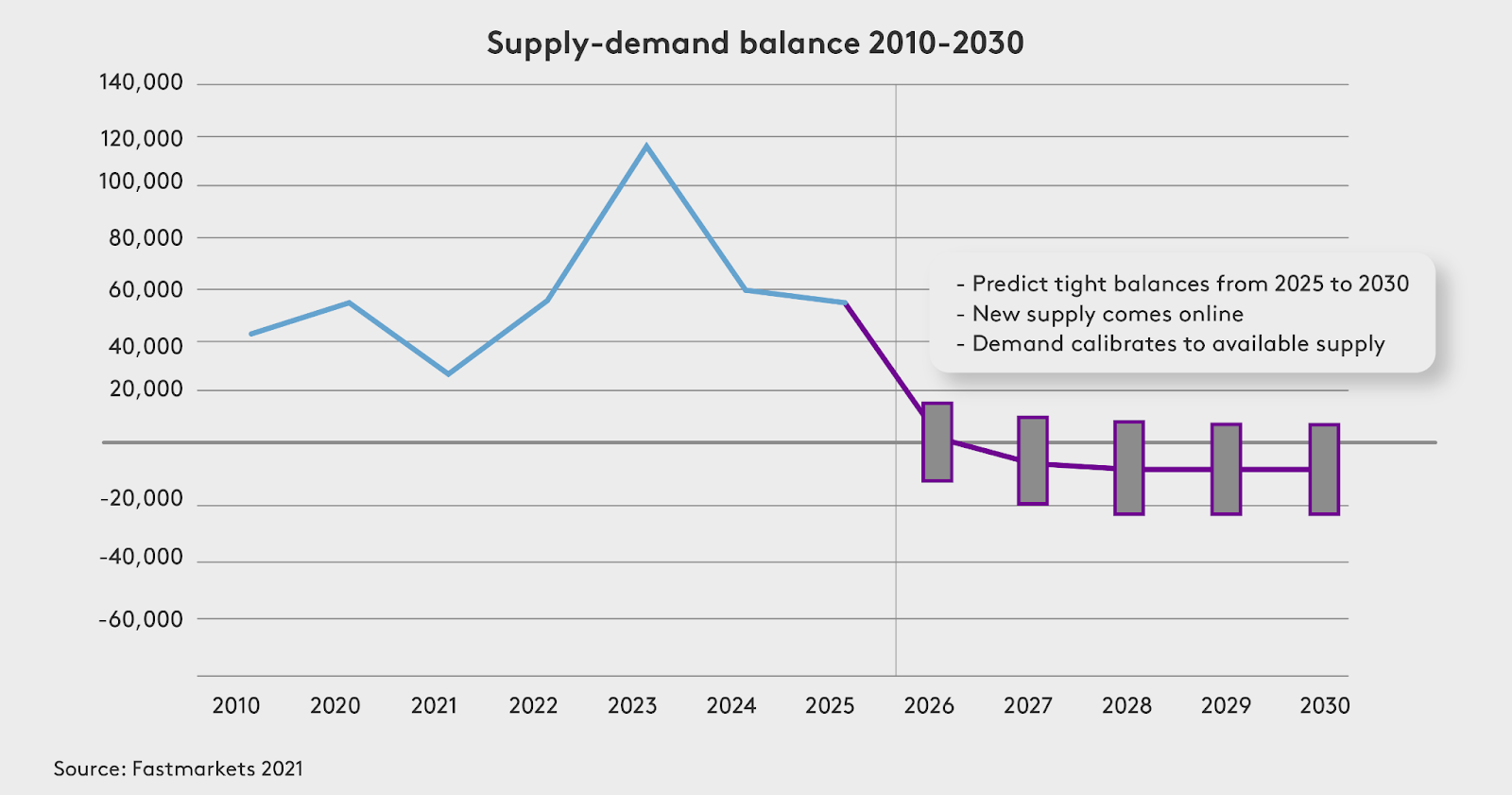 Canada is established as a major resource driven economy with many of the worlds major mining companies being headquartered here. Although traditionally, Canada has been known for its precious and base metal mining pedigree, the country hosts tremendous potential to supply the world with many of the critical minerals as outlined by the US government’s 2021 list of critical minerals which are required for a clean energy future. Looking across the country, there have been notable projects explored on and currently undergoing further development in provinces like Quebec and Ontario. Directly west of Ontario, in the relatively underexplored regions of Manitoba, the potential does exist for new discoveries of lithium and other rare metals. Recently,  lithium producing giant Mineral Resources Limited, has entered into a joint venture agreement with New Age Metals on its exploration stage lithium projects in Manitoba. This is the first of its kind agreement between a Canadian junior miner and an Australian lithium producer. This is a strong signal to the market for the potential that may exist in the province, a major Australian miner venturing out of their home country for the first time to partner with a junior explorer in Canada. For readers interested in early stage, discovery opportunities in the lithium space, consider completing further due diligence on New Age Metals (TSX.V: NAM).