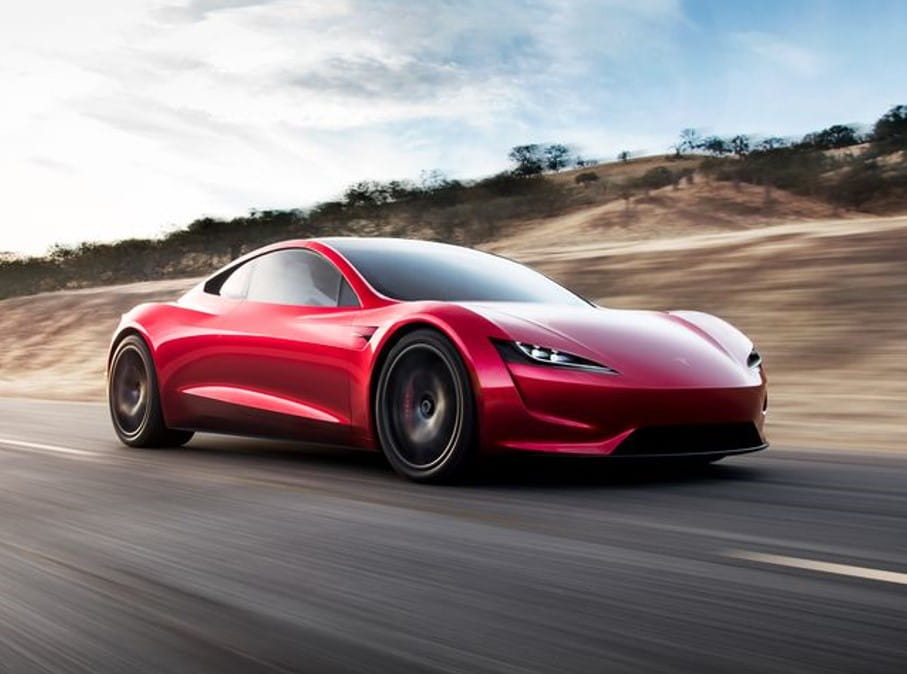 What does the push to domestic battery production mean for resource investors in battery metals?

A decade ago, electric vehicles (EVs) were considered novelties and the industry was hardly established. Fast forward to late 2020 when luxury EV pioneer Tesla’s market capitalization is now larger than the three largest traditional automakers (by annual vehicle sales – Volkswagen, Toyota, General Motors) combined. Tesla sells a fraction of the vehicles of these established automakers, yet the company’s value has dominated the overall industry for most of 2020. The reason for such a sky-high valuation for a company that’s hardly seen profits? A growing number of investors expect that electric vehicles will dominate the passenger vehicles market in the not so distant future and are investing in the company, driving its share price up over 500% this year alone.

Why might investors believe people will buy and drive so many electric vehicles in the future? EV ownership is not yet widespread (especially in rural areas), and in most major cities outside of China the number of EV models available is relatively limited (perhaps fewer than a dozen at the time of this post). But this is changing, and the driving force behind the transition to zero carbon transportation is climate change research and government legislation. Major companies that own vehicle fleets face increasing pressure from governments and environmental groups to replace existing fossil-fuel burning fleets with electric vehicles to reduce their impact on the environment.

How can investors benefit from this gradual transition to electrified transportation? Before discussing opportunities, we must look at the current fundamentals of the EV industry.

Governments worldwide realize that fossil fuel emissions caused by transportation is harmful for the atmosphere and overall environment. Emissions legislation for passenger and commercial vehicles has been in place for many years in most developed countries, but it is not sufficient to reduce the negative impact of emissions in a growing global population. Below are some headlines from the past year that highlight the governments’ role in slowly phasing out the internal combustion engine used in traditional automobiles:

Governments increasingly mandate that a certain percent of a manufacturers’ vehicle sales must be fully battery electric, or at least hybrid battery electric (cars with both a battery powered motor and internal combustion engine). There are a variety of regulations that many state and federal governments around the world have enacted to ensure that automakers reduce the impacts their vehicles have on local environments.

As a result of stringent legislation in most developed countries, automakers must produce at least some variety of electric vehicle. Their hand has also been forced by Tesla, where Founder Elon Musk is a popular celebrity and has a huge following, and whose stylish vehicles, endowed with superior technology, have been steadily stealing market share. Over the past year, Tesla has initiated production at a new Shanghai gigafactory and broken ground outside Berlin for another, all to meet demand for its popular electric vehicles. Traditional automakers including Ford, GM and Honda are playing catch-up in the race to offer a range of reliable electric vehicles. See below a list of announcements related to EV models automakers have promised by 2030:

Tesla has a massive head start over its competitors in the design and manufacturing of not only electric vehicles but also their main source of costs during production: the battery. Also important is charging stations, for which Tesla has installed over 2000 located across North America. Other automakers contract this work to companies like Chargepoint, and some gas stations like Shell have been installing EV chargers to attract customers that drive EVs. Establishing a national network of charging stations is key for consumers to feel that they have the same security of energy supply currently experienced with gasoline.

While automakers such as GM have designed strategies that allow them to produce their own batteries in partnership with established battery producers to gain access to valuable proprietary knowledge, other companies such as Ford will rely on buying batteries from these battery producers. Ford’s excuse for their approach is that battery technology is rapidly evolving and it makes more sense for other companies to bear the cost of research and development in battery advancement. Even Tesla once relied upon companies such as Panasonic for its batteries, but has since begun producing their own batteries. (Note: Panasonic is still a Tesla partner.) There is only a handful of battery producers that dominate the overall market, with many of these companies based in China.

Batteries used in electric vehicles are large and require many different metals including lithium, nickel, cobalt, manganese, graphite, etc. Battery technologies evolve to match advancements made in research and production and, as these technologies change, so to do the ratios of the battery metals required. The most advanced battery types require large amounts of lithium and nickel, leaving concern among industry analysts that mined supply of both lithium and nickel must increase considerably to meet future demand for these metals amidst increased electric vehicle adoption.

From designing entirely new drivetrains that use batteries as the source of energy to retooling manufacturing plants, the transition for traditional automakers to produce EVs costs billions of dollars. Given the high costs of developing entirely new product lines that use components such as massive batteries, something not previously produced by traditional automakers, many new corporate partnerships are forming.

The most common types of partnerships include:

The newest type of partnership related to EV manufacturing in North America is between automakers and mining companies, which Tesla revolutionized after announcing a partnership with Piedmont Lithium (explained further in this article).

Governments have been the predominant driving force behind the transition to EVs, and it makes sense that they also be called upon to provide assistance to automakers during this transition. Governments worldwide have responded with largely similar approaches, offering incentives for consumers who purchase EVs or hybrids, such as reducing taxes on EV sales or providing subsidies for these vehicles. To spur production of EVs domestically, many governments invest in participating automakers’ manufacturing capabilities to also spur local economies.

Some automakers rely on partnerships with former competitors to meet government demands as it pertains to production requirements. These partnerships highlight the difficulties faced by automakers in achieving mass production of EVs that are as safe and reliable as internal combustion vehicles. Below is a list of partnerships announced over the past year where automakers have joined forces to share the cost burden of EVs:

The most important type of partnership for the future of battery electric vehicles is automakers partnerships with battery producers. Battery production has been dominated by Asian companies over the past 20 years, with a large percentage of this production centred in China. In 2019, China accounted over 70% of overall battery production and also dominates the refining of battery metals, such as lithium hydroxide and cobalt sulfate. However, China’s dominance may not endure, as European and North American automakers have recognized this problem and are rapidly planning or building massive battery manufacturing facilities within these key markets.

The success of these facilities, scheduled for production of batteries and electric vehicles in North America and Europe over the next 10 years, is dependent upon automakers and battery producers being able to secure the raw materials used in battery production. This is evidenced by Tesla’s recent move in securing an offtake agreement with Piedmont Lithium and building their own lithium hydroxide conversion facility next to their battery manufacturing plant currently under construction in Texas.

China’s main lithium source has been Australia due to its favourable lithium-bearing spodumene operations and proximity to Chinese operations. Before Australia, the majority of lithium production was concentrated in South America, where there is an abundance of lithium-bearing brine projects. These brine projects have come under fire by environmentalists due to the fact that the brine must be pumped from underground reservoirs to the surface and evaporated in a series of pools (a timely process). For more information on why spodumene mining operations are favored by battery producers over brine operations, please read our blog on the subject.

Ultimately, there is an opportunity for investors seeking to benefit from not only the global transition to electric vehicles but also the development of resources used in the production of such vehicles. This opportunity will be overlooked by most, however the investors that do realize this industry’s potential to grow considerably over the next decade could be very well rewarded. This opportunity surrounds lithium deposits, specifically those endowed with spodumene, that are ripe for development in primarily North America but also Europe. Below we begin to outline the opportunity for investors to benefit from the manufacturing of electric vehicles in North America, and while Europe is not covered in this respect the area of opportunity is similar.

Recently, there have been a flurry of announcements pertaining to the production of EVs in North America. Late last year, GM announced it would build a $2.3 billion electric vehicle, Ohio-based battery plant in partnership with South Korea’s LG Chem, one of the worlds largest battery producers. In August 2020, Volkswagen said it was expanding its Chattanooga factory in Tennessee to make electric vehicles and battery packs in the United States. Ford and Fiat Chrysler have both announced that they are each committing over C$1B to retool their Canadian manufacturing plants in Ontario to produce EVs starting in the early-to-mid 2020’s. This October, General Motors Co said it will invest $2 billion to convert its Spring Hill, Tennessee, factory to produce electric vehicles, starting with the new Cadillac Lyriq, alongside existing combustion-engine Cadillacs.

Tesla recently made a very significant announcement for the North American battery industry in that it has signed an offtake agreement with Piedmont Lithium, which has a spodumene project in North Carolina that hasn’t even begun producing yet. The spodumene will be transported to Austin, Texas to a conversion facility that will produce lithium hydroxide for its battery plant located next door. Tesla was the pioneer in electric vehicles and is now also pioneering mass battery production in North America. It can be expected that traditional automakers will follow in its steps as Tesla seems to have found the most reasonable solution for securing the lithium needed to produce electric vehicles in North America.

How do these developments translate into opportunities for investors? There are a variety of underexplored and undeveloped lithium spodumene assets in North America with prospective viability than in years previous. Localized supply chains are growing in importance as the tensions between the US and dominant-battery-producer China continue to fester and the trend of resource nationalism continues to gain momentum globally.

Automakers and battery producers in North America will prioritize local supply sources of battery minerals, lithium but also nickel and cobalt. Another important consideration for EV manufacturers is responsibly sourcing minerals needed for batteries to ensure EVs maintain their green image. Canadian mining companies are leaders in environmental and social practices related to responsibly mining and sourcing battery metals, a compliment to electric vehicles, whose purpose is to reduce human impact on the environment.

New Age Metals (TSXV : NAM), a public company focused on the exploration and development of Lithium and PGMs, is the largest mineral claim holder in the prolific lithium-bearing Winnipeg River Pegmatite Field. All of the claims are held by Lithium Canada Development, a 100% owned Lithium Division of New Age Metals. We presently have eight Lithium Projects in the region which are situated along strike of the Tanco Pegmatite and the claims encompass several pegmatite groups.