No historic drilling on project 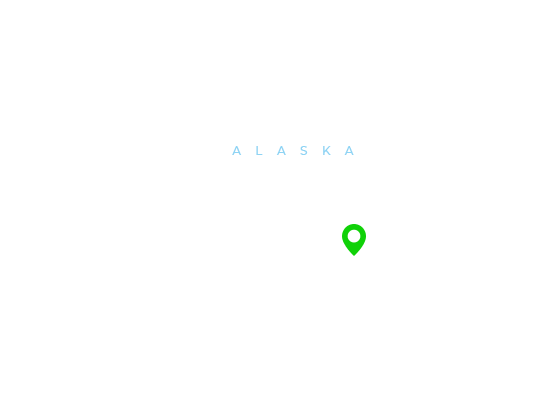 On April 4th, 2018, NAM signed an agreement to acquire the Genesis Project from one of Alaska’s top geological consulting companies. The Genesis Project is a road accessible, under explored, highly prospective, drill ready Palladium (Pd)- Platinum (Pt)- Nickel (Ni)- Copper (Cu) property. A comprehensive report on previous exploration and future phases of work was completed in August 2018 on Genesis by Avalon Development of Fairbanks, Alaska. Interested parties are able to download a copy of this report on our Genesis Project page on our website, or from sedar.com. The Company’s stated mandate for the Genesis Project is to secure a strategic partner to co-fund the exploration and development of the project. 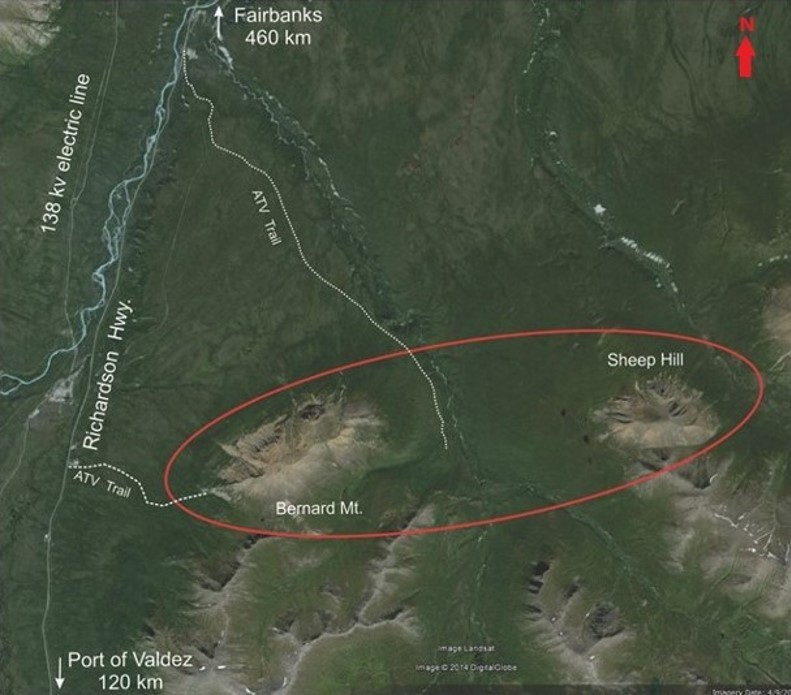 The Genesis project is a Ni-Cu-PGM property located in the northeastern Chugach Mountains, 75 road miles north of the city of Valdez, Alaska. The project is within 3 km of the all-season paved Richardson Highway and a high capacity electric power line.

The Genesis property is located in south central Alaska, approximately 82 km northeast of the port city of Valdez, Alaska, and approximately 8 km east of the Richardson Highway (Figure 4.1). The project is located between the Copper River and the Tonsina River, at approximately 61.575 deg. North Latitude, 145.035 West Longitude. The project is covered by 4,144 hectares of State of Alaska mining claims owned 100% by New Age Metals. The Genesis project has been divided into the Sheep Hill prospect and the Bernard Mountain prospect based on their differing geology and location both on the property and within the magmatic stratigraphy of the TUC.

The Genesis project lies within the Tonsina Ultramafic Complex (TUC) of the Peninsular Terrane, which consists of Jurassic ultramafic and mafic rocks ranging from dunite to gabbro. The TUC forms a small portion of a much larger geological feature known as the Border Ranges Ultramafic and Mafic Complex (BRUMC, Burns, 1985). The BRUMC is a discontinuous trend of tectonized and dismembered, ultramafic, cumulate, and gabbroic rocks associated with the Border Ranges fault zone in southern Alaska. The BRUMC forms a narrow zone (2 – 10 km wide) which can be traced for more than 1,000 kilometers, from Kodiak Island to the Alaska-Canada border. Field and petrological studies indicate the BRUMC represents the basal portion of an intra-oceanic island arc (Burns, 1985; DeBari and Coleman, 1989). In the Genesis project area, the Border Ranges Fault zone (BRF) contains both high and low angle faults, although steep, north-dipping faults predominate. The BRF was the focus of major northward underthrusting of the Chugach terrane beneath the composite Wrangellia-Peninsular terrane during the late Cretaceous (Burns, 1985; DeBari and Coleman, 1989).

Past exploration has revealed the presence of chromite-associated platinum and palladium mineralization and stratabound Ni-Cu-PGM mineralization within steeply dipping magmatic layers of the Sheep Hill portion of the Tonsina Ultramafic Complex. Pyrrhotite, pentlandite, and chalcopyrite occur in disseminations and net textured segregations associated with disseminated to banded chromite within a 150 meter thick steeply north dipping layer of dunite and lherzolite just north of the Border Ranges Fault zone. The mineralized horizon has been identified in outcrop sampling for 2000 m along strike and a 40 m true thickness.

The identification of two different styles of PGM mineralization at Sheep Hill suggests that multiple mineralizing events have occurred. The parental magma for the Tonsina Ultramafic Complex contained highly anomalous concentrations of PGM and Ni. More exploration is required to define if a reef event has formed the stratabound magmatic sulfide mineralization and if the geochemical patterns caused by reef formation hosts economically significant Ni-Cu-PGM mineralization in the Tonsina Ultramafic Complex.

"If you have not done so already, we encourage you to sign up to receive updated news, event details and industry info."